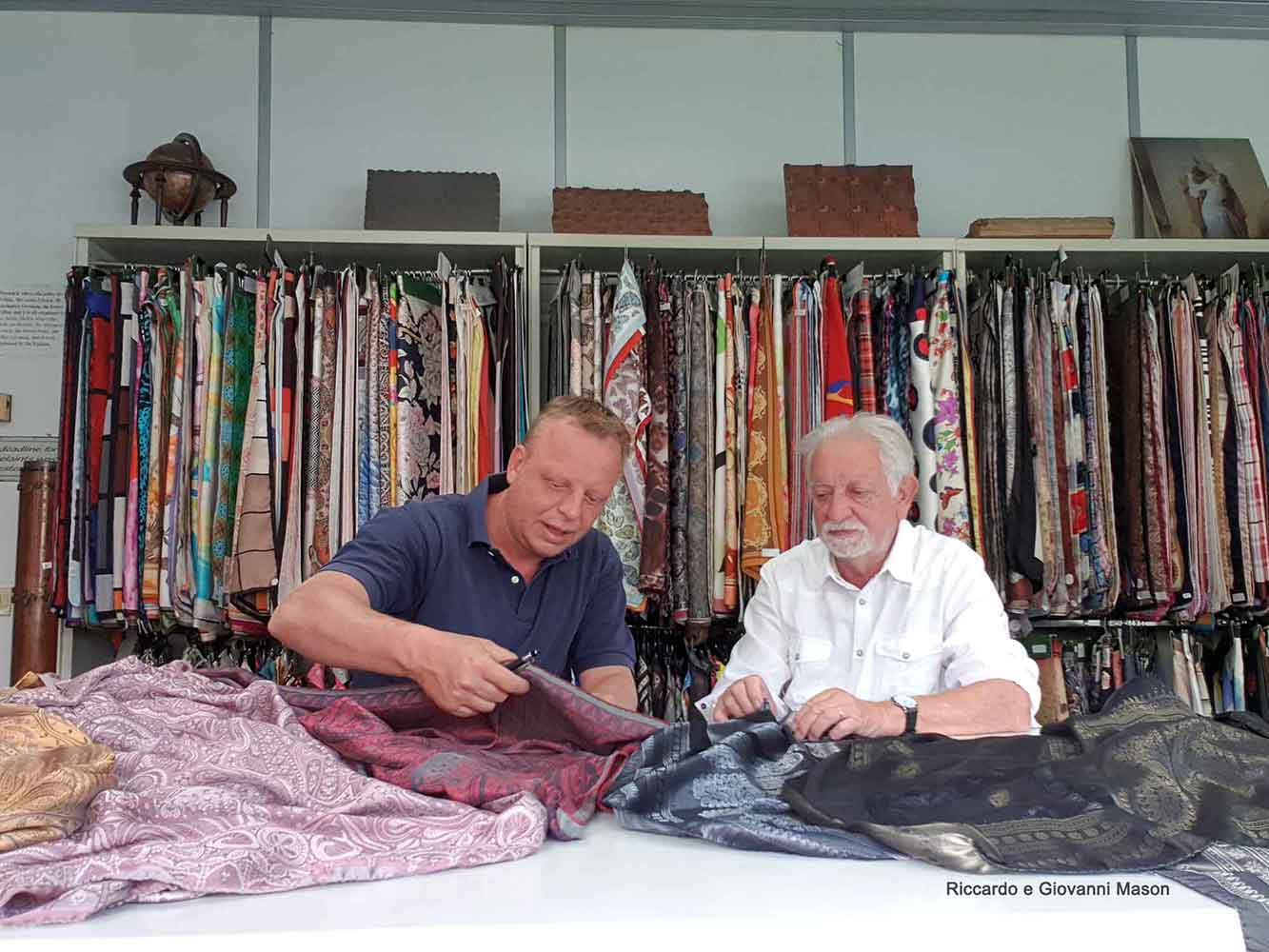 The charm of a silk which smells like history

The path of Bianchi Giovanni sited in Lipomo began with the first frames in 1866. The pride of the serigraphs made for the Metropolitan and British Museum

Entering the rooms of Bianchi Giovanni in Lipomo is to retrace the history of Como and its silk companies. From the moulds, immersion blocks for printing in use at the beginning of the century, to the collections of scarves and ties printed on precious silks, to the paintings made on silk for the Metropolitan Museum or the British Museum. The combination of ancient and modern in the staircases and furnishing is well suited to the memories.

That the company was founded in 1866 by Giovanni Bianchi , weaver and son of weavers, is a hypothesis founded on documents that demonstrate the purchase of textile looms by Bianchi , but we have to wait until 1925 and the creation of the Business Register to find the first registration of the name of the company. After the war, pieces of silk and chiffon were hand-printed on 36 meter long tables and it is told that, at the end of each production, Giovanni Bianchi stopped and celebrated feasting with his collaborators.

The bond between the Mason family, current owners, and the world of textile and silk dates back at the beginning of the century with Alberto Mason, who was the first photo-engraver to engrave print pictures in Lyon style, a technique he was sent to learn in France by his employers, the Gillet Frères then owners of Ticosa. Due to the crisis, work has fallen in recent years, but for no reason wants to give up our Made in Italy or to import silk from abroad.

News about our company: